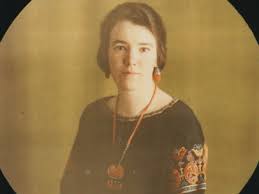 In her essay called ‘Women at Cambridge’, published in February 1920, Eileen Power recalled being asked by a male Fellow for a ‘woman’s perspective’ on a problem. She argued that ‘a women’s outlook on art and science has nothing specifically womanly about it, it is the outlook of a PERSON.’ In a recent Times Literary Supplement I reviewed Francesca Wade’s newly published Square Haunting (Faber, 2020) which throws new light on the work and lives of two women who began their academic careers at Cambridge: Jane Ellen Harrison of Newnham College and Eileen Power at Girton (my essay  ‘Cursed with hearts and brains: female intellectuals and muses of the twentieth century’ features on the TLS front cover of 17 Jan 2020).

Everything changed for Eileen Power in 1920, when she was awarded an Albert Kahn Travelling Fellowship which granted £1,000 to scholars for a year’s global exploration. Power, who had been a Fellow in History at Girton College Cambridge since 1913, was the first woman to win this international honour and she was surprised to get it, especially after one suspicious interviewer told her that “she might defeat the objects of the trust by subsequently committing matrimony.” Power travelled to China, Egypt, and India, where she was delighted, as a committed pacifist and Labour Party member, to meet Mahatma Gandhi. She was one of only six Europeans to witness the Nagpur Congress assembly vow to adopt Gandhi’s policy of Non-cooperation. When she discovered that the Khyber Pass was closed to women, she simply put on male disguise and made the crossing anyway.

Power’s easy charm and stylish appearance meant that she stood out against the more sombre hues of the university world. ‘I certainly feel there is something radically wrong with my clothes from an academic point of view’, she told her sister Margery during her time at Girton. Male historians, enchanted by Power’s looks and personality, habitually underestimated her work, but they changed their minds after reading her books. As Wade comments, ‘Power saw no reason why an interest in clothes and a sense of humour could not be combined with professional rigour.’ 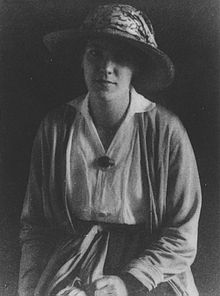 While in India, Eileen Power received an offer of a lectureship in political science from the newly founded London School of Economics. She hesitated about leaving Cambridge, as she told a friend, “because it would mean a lot more teaching than I’ve done before & the screw is only £500 – but I want to be in London for a bit.” The LSE position was originally intended as a readership, with a salary of £800, but when they offered it to Power they made it a lectureship and reduced the pay. Over the course of her academic career, even after she became a professor at LSE, Power was consistently paid less than her male contemporaries, despite the fact that she was a renowned scholar, invited on international lecture tours and awarded honorary degrees from respected universities. Her book Medieval People was published in 1924, and she co-wrote children’s history books with her sister Rhoda Power, gave public lectures, and presented a World History series for the BBC in the 1930s.

From 1921 until 1940 Power lived in Mecklenburgh Square on the unfashionable eastern edge of Bloomsbury, as did the economic historian RH Tawney, her LSE colleague and friend. Under his influence, Power’s medieval historical research took an overtly political turn. She and Tawney co-edited a book, Tudor Economic Documents, published in three volumes from 1924 to 1927, and were both founding members of the Economic History Society, an international alliance of scholars. Power edited its influential journal the Economic History Review. Throughout the 1920s and 1930s there were regular gatherings of political leaders, journalists, theorists and writers, including Hugh Gaitskell, Evan Durbin and Hugh Dalton at both Tawney’s and Power’s rented flats, yet as Wade observes, today RH Tawney has a blue plaque in Mecklenburgh Square while Eileen Power does not. In Testament of Friendship (1940) Vera Brittain describes how, when she and Winifred Holtby were giving up their flat in nearby Doughty Street, one horrified friend asked them, “Why are you leaving the neighbourhood of Tawney and Eileen Power for a place called Maida Vale?”

For most of her life Eileen Power was opposed to marriage as an institution, convinced that its domestic binds were incompatible with a woman’s public ambitions. The ideal wife, she suspected, “should endeavour to model herself on a judicious mixture of a cow, a muffler, a shadow, a mirror.” When in 1937 she decided to marry her former student and LSE colleague Michael Postan, ten years her junior, it was a balance of head and heart. Sadly, just three years later she died suddenly of a heart attack, aged 51, and after her death much of her work was gradually forgotten, while the reputation of Postan and Tawney grew. To keep her memory alive, Eileen Power’s sister Beryl Power endowed a dinner at Girton College in her memory – “because men’s colleges had feasts and why should not women’s?”. Leading historians gather for the ‘Power Feast’ every ten years; the most recent Feast took place in January 2020, almost exactly 100 years after Eileen Power’s ‘Women At Cambridge’ essay.

A recent episode of BBC Radio 3’s ‘Free Thinking’ called ‘Pioneering women at universities’ features Jane Harrison and Eileen Power, while ‘The Rising Tide: Women At Cambridge’, a free exhibition and events exploring the lives and work of women at Cambridge over the past 150 years, continues at the Cambridge University Library.

The Writes of Woman

A celebration of female writers and their work.

"An insatiable passion possesses me, which even today I cannot and would not stop … I never grow tired of books ..." - Francesco Petrarca

The greatest WordPress.com site in all the land!